An Open Letter to Blizzard

This blog post is intended for the people at Blizzard Entertainment.  I beseech you, Blizzard, please do something about the cheaters on Overwatch! 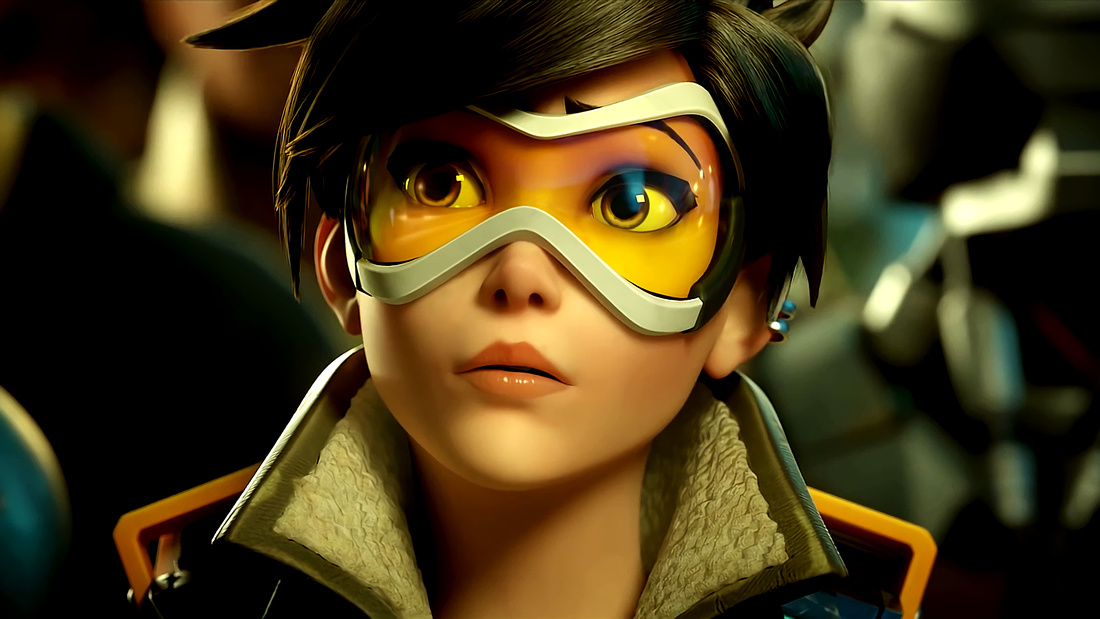 This all started a little over four months ago:

I hadn't really heard anything about the game Overwatch prior to its launch earlier this year.  I had some friends who sent me links to game trailers via social media, but I didn't really watch any of those.  Why?  Because I'm a casual gamer.  I own all the various console systems, and even built a pretty decent gaming PC, but I typically only play games for a little while before I lose interest.  I mostly just check them out long enough to see what all the hype is about and then l move on to other things.  It has little to do with the games themselves, as most are excellent and worthy of the hype.  I just suck at them.

So then I went to a convention in early June, called Colossalcon.  It's not a large convention, but it is very popular because it's held at an indoor water park and convention center.  As soon as I got into my room, my friends were talking about Overwatch and watching videos on YouTube from people who had recorded their games.  I thought it was odd that they were doing this instead of any of the other things that the convention had to offer, but whatever.  But it became a reoccurring theme over the next three days.  Everyone was talking about Overwatch - who their favorite character was, some stellar match that they had played, the "Play of the Game" they had been awarded, or what they had gotten in their Loot Boxes.  And since it was a convention, there were hundreds of people cosplaying as Overwatch characters (particularly D.Va, Reaper, and Junkrat).  I really couldn't avoid it, no matter what.

Because of this, I talked with my friend who had originally sent me the trailers to watch and who was already playing the game (I think he may have even preordered it).  I specifically asked him what the gameplay was like.  He told me that it is a first-person shooter with a bunch of different characters with cool weapons and different abilities.  With that, my heart sank.  I thought that it may actually be a game I could enjoy, but no, it's a first-person shooter.  The kind of game that I am absolutely the worst at when it comes to skill (and I use that term loosely).

As an aside, I go all the way back to Wolfenstein 3D and Doom on the PC.  I sucked at those too.  I needed cheat codes just to have fun and get anywhere inside a level.  And I held that resentment of first-person shooters all the way until Halo 2 was released for the Xbox.  I thought that I'd give it a try, because everyone I knew played, and I'm now 11 years older, so my skills at gaming must have naturally improved, right?  Wrong.  I spent several nights cursing out my friends and other players before finally admitting to myself that I was getting bested by kids 15 years younger than me and that I'd be better off giving up first-person shooters completely.  So I did.  Until Overwatch.

After Colossalcon, and despite my better judgement, I purchased a copy of Overwatch for my PC.  I really wanted to see what had everyone so enthralled with this game.  So I gave Blizzard $60 of my money, downloaded the game, and launched it.  Not knowing anything about the game, I figured the training would be a good place to start.  So I learned the game controls as Soldier 76, the gnarled old veteran, trying to take out robots in some kind of target range.  I sucked, but managed to complete it.  One small victory!  I'll take it.

I don't remember the exact amount of time that passed, but I think it was two or three days after completing the training when I was finally able to play the multiplayer "Quick Game" with my friend.  Oh boy.  I picked Pharah on his recommendation that she'd be an easy starting character.  Enter match - some kind of movie theater?  Apparently, we're supposed to shoot the popcorn buckets?  How are they tagging the walls?  Oh well.  Ready........  GO!  The doors open, and I died.  It turns out I got sniped by Hanzo and it was shown in a really cool replay as I waited to respawn.  He, along with Genji, would later become the bane of my existence in the game.

It took a few deaths, but I finally made it into the middle of the heated shootout between my team (blue) and the other guys (red).  I was able to figure out Pharah's jump jets and shoot rockets down into the middle of the group.  I even got a kill!  Another small victory!  I'll take it.  It was shortlived though, as I was very quickly killed by Hanzo again.

But I kept respawning, and I kept making it back into the fray, as Pharah would say.  The map was weird, as we had to keep a payload moving.  I didn't know where it as going, but I was just happy that I could keep finding it again.  I'll be honest and admit that I got lost in the map more than once.  But eventually, we apparently got the payload where it needed to go because the game ended with a large "Victory" scrawled across the screen.   I watched an awesome play of the game and then got to see my stats.  I didn't feel like I contributed much over the course of the match, but I apparently had three kills.  And more importantly, no one told me that I sucked.  There was just a bunch of people saying "good game."

So this was a turning point for me.  I actually had fun playing a first-person shooter!  So I tried another match, with a different character.  And another.  And another...  I quickly learned that choosing different characters could help compensate for my lack of skill.  Reinhardt has a shield!  Mei can put up ice walls to block!  Tracer can rewind back to health after taking damage!  It was fun, and I felt like I was being useful to my teammates (well, after learning the maps a little better).  The night ended after several games, and I can remember telling my wife how much fun I had.  Even she seemed skeptical, given my past.  But I couldn't wait to play again.  I thought to myself, "Well done, Blizzard.  You have created a well-rounded and fun game."

It went on like this for several nights playing with friends.  I continued to have fun and advance in levels (and collect Loot Boxes)!  But then one night, after I had hit Level 25, I had a bad luck streak (or so I thought).  There seemed to be one player who always killed me, almost instantly, regardless of how I moved.  And he/she was only a Level 12.  I shrugged it off as they must have played a lot of other first-person shooters, so this was easy for them, whereas I struggled (but was still having fun).  But then that person got "Play of the Game" after we lost.  After watching the replay, everyone on my team started saying things like "Cheater" or "Cheap."  But you can't cheat at this game, right?  Wrong.

I looked it up on Google later that night.  Yes, people can cheat on Overwatch.  They can use software that automatically aims and fires their weapon for them.  Or software that shows them where you are at all times, even if you're hiding behind a wall.  They use the software at their own risk, because they can supposedly get banned for using cheats like that.  But it doesn't stop them.  And it ruins the game for the rest of us.  Especially when the bans seem to be rather infrequent.

As I sit here typing this, I have played Overwatch for 110 hours, according to the in-game timer.  I have advanced all the way to level 100 (called Prestige), and another 40 levels past that even.  All when I thought I would hate playing a first-person shooter.  But now, with every match that I play, I am quickly losing interest in this game - it's no longer fun.  Cheaters are more and more rampant in the game than they've ever been, and they are robbing me of the enjoyment I (until recently) got from playing what would be an otherwise well-balanced game.  In fact, there were three cheaters in the last match I played tonight before quitting the game out of frustration.

So Blizzard, I write this as an open letter to you to please fix Overwatch.  It is the first game that I have played in 25 years that I truly enjoy, regardless of my skill (or lack thereof).  Don't let the cheaters take that away from me.